This is the story of our Firefox 3.5 party, held in our place, in the public library of a small village in the Cévennes, very near where libre fan and miloune organized the first Firefox 1 party back in 2004 (Mozilla Party at the « Village Cévenol »). I’m writing this in English for the Mozilla team that’s asked for report and pictures as we agreed to share story and pictures.

We didn’t have much time to set up a proper party because some of us were about to have a holiday but we thought it was important to have this party as soon as possible after the launch of Firefox 3.5. I’ve made whoopee after each major Firefox release, either as libre fan or as a member of Libres-Ailé(e)s, never forgetting Mozilla was my first introduction to Libre software and finally leading me to GNU/Linux (for the epic, read About Libre-Fan) and to setting up this Libres-Ailé(e)s LUG.

As Libres-Ailé(e)s we organized two parties (Firefox 2 and Firefox 3) and we took part in the 17-18 June 2008 Download Day — what a thrill that was! — even though having GNU/Linux installed on our computers, we could sit back until an update comes along from our GNU/Linux distributions servers (Ubuntu and SliTaz) but again we shouldn’t forget that not all of us had the luck to start using a computer on GNU/Linux. So again thanks Mozilla for being a gateway to freedom to a lot of people, if only for some their only peek at the land of freedom — spare a thought for M$ or Mac users whose only libre software is Firefox, let’s hope they’ll wonder about what Firefox’s like on Ubuntu, or Iceweasel on Debian and switch over soon enough

Firefox on GNU/Linux? much faster than on M$, that’s for sure.

So we threw in a party of sorts. Better small than none at all. Not much whoopee but some good work. We finished refurbishing a 2004 Pentium 4, the power block of which had stopped working, which meant we had to move the mobo and stuff to a bigger case since the original case couldn’t accommodate the new power block. See pictures and text and links (in French): On arrange un Pentium 4 (3e étape).

We installed Firefox 3.5 from Mozilla web site on several of our computers, and of course on that Pentium 4. You can see the final picture over there: Firefox 3.5 sur Pentium rénové).

We got the Firefox swag kit from Mozilla.com after our party and after we came back from our holiday so we decided to round up some members living in the village for a drink of apple juice and a few new pictures last evening. We were all sporting an item or two of Firefox swag — enter our « Spot Firefox Swag » competition if you dare

We’re now awaiting with awe and bated breath the advent of Firefox one billion download. As I write the Download Counter says 999,673,624.

In the meantime have a look at the Firefox3.5 Community Launch Parties around the world (PDF file), a great photo album made by Sarah Doherty from the Mozilla Team (Mozilla Blog Firefox 3.5 Community Parties Roundup) 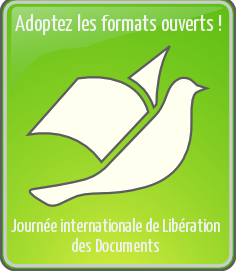 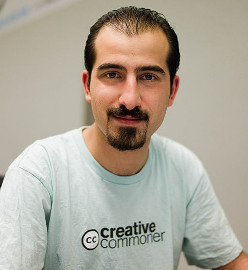